The Samsung Galaxy S10 is here! After months of leaks and teasers, Samsung’s tenth generation flagships have been fully revealed as the Galaxy S10, Galaxy S10 Plus, Galaxy S10e, and Galaxy S10 5G.

Fittingly for devices announced at an event called Unpacked, there’s a lot to unpack about these four new phones which will no doubt be among (or very likely the) most popular phones in the UK in 2019.

The Samsung Galaxy S10 has arrived in not two, not three, but four models this year. While the S10e makes the phone more affordable and the 5G model remains a way off, a good chunk …

If you want to know more about the phones themselves, you can check out our Galaxy S10 hands-on impressions and our specs breakdown.

In this article we’ll be checking out Samsung Galaxy S10 best UK deals, release date, price, and pre-order offers. Head here for details on U.S. and global price and availability.

Samsung Galaxy S10 U.K. pre-orders kicked off a day after the phones’ official launch on Feb. 20 and will go on sale on March 8.

Those who order either an S10 or S10 Plus before March 8 will also get a free pair of Samsung Galaxy Buds (worth 129 GBP). 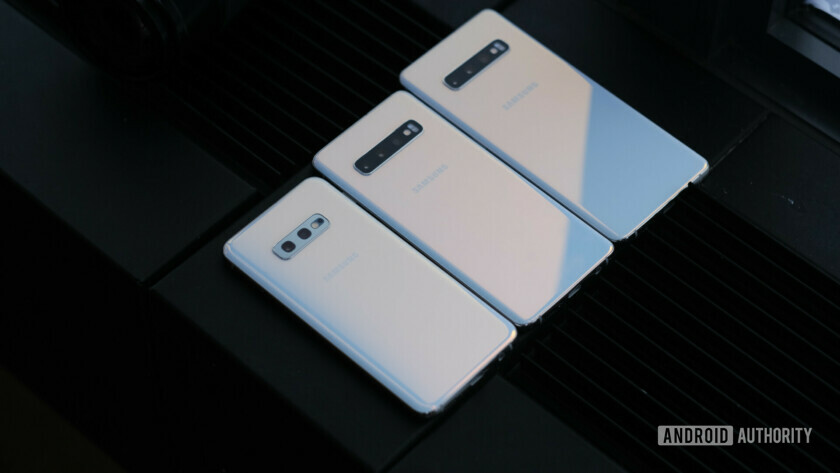 There are various options for each model if you want more storage and/or RAM, although you’ll obviously be paying an additional premium for larger variants. Here’s the full pricing for each model:

There are also various color options for each phone. Here’s a breakdown of all the Samsung Galaxy S10 colors available in the U.K. so far:

As well as the free Samsung Galaxy Buds with every pre-order (except for the S10e), Samsung is also hosting a trade-in scheme where buyers can get up to 300 GBP off the price of any Galaxy S10 model when trading-in an eligible device. The full list of devices can be found here.

You can buy the Samsung Galaxy S10 SIM-free direct from Samsung, as well as all the usual major third-party retailers like Amazon, John Lewis, Argos, Carphone Warehouse, and more. Don’t expect to see any SIM-free discounts for at least a few months as these are brand new phones that will be mega-popular with buyers.

O2 offers custom contracts with a minimum three month term and a maximum of 36 months. Changing the data, upfront fee, or contract term can be done at checkout, however this will impact the overall cost.

Vodafone is offering up to 100GB of data per month on the Samsung Galaxy S10 on 24 month contracts with bonus Amazon Prime Video or Spotify or Sky Sports Mobile TV or Now TV subscriptions on selected tariffs.

EE offers up to 100GB of data on the Samsung Galaxy S10 on 24 month contracts. The carrier is also bundling together the S10 and S10 Plus with a Samsung Fast Wireless Charger on selected tariffs.
See Galaxy S10 deals at EE

Carphone Warehouse and its sister site Mobiles.co.uk is offering a variety of contract deals on the Galaxy S10 series.

You can check out the offers at Carphone Warehouse and Mobiles.co.uk by hitting the buttons below: 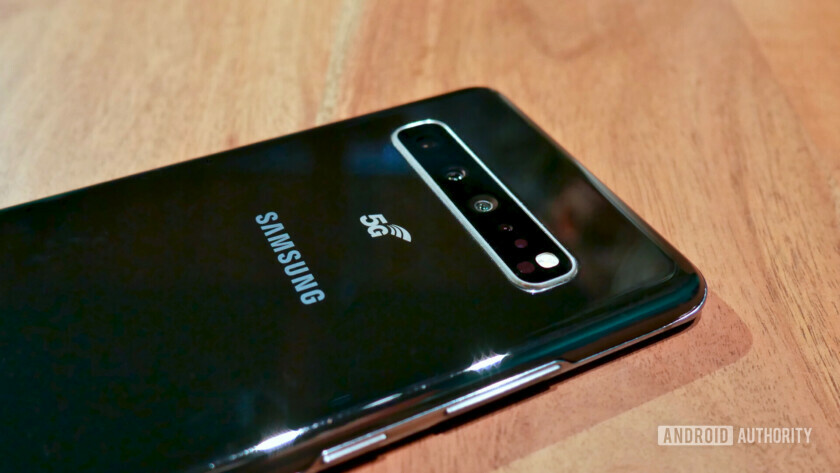 The Samsung Galaxy S10 5G most feature-packed member of the S10 series and, as you might expect from the name, supports 5G networks which are due to launch in the U.K. in 2019. The ultra flagship also packs a huge, 6.7-inch display, an equally massive 4,500mAh battery and a 3D depth-sensing camera.

Related: All you need to know about every 5G phone confirmed so far

Samsung has yet to confirm U.K. pricing for the Galaxy S10 5G, though it’s likely to be more expensive than the top S10 Plus model which is 1,399 GBP.

Samsung showed off a list of retail partners at Samsung Unpacked 2019 which included logos for EE and Vodafone. Other carriers and retailers have yet to be confirmed.

Have you seen any great Samsung Galaxy S10 U.K. deals? Let us know in comments!

Affiliate disclosure: We may receive compensation in connection with your purchase of products via links on this page. The compensation received will never influence the content, topics or posts made in this blog. See our disclosure policy for more details.