Samsung Galaxy Note Pro 12.2 now available to pre-order in the UK for £649 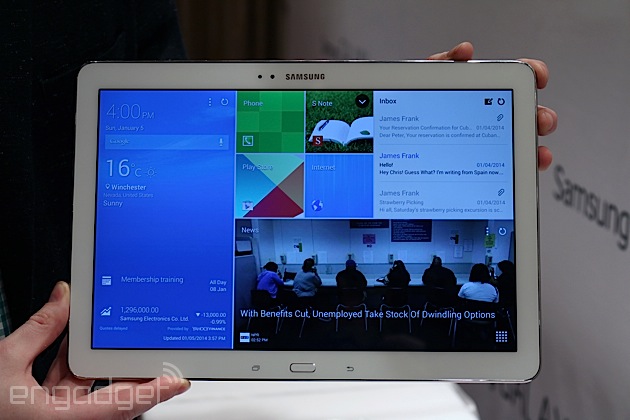 Brits won’t have to wait long to (barely) get their hands on Samsung’s Galaxy Note Pro 12.2. A WiFi-only version of the massive tablet is now available for pre-order in the UK at an equally large price of £649 ($1,076), with shipments due to start on February 4th. That’s certainly expensive compared to what many are used to paying for Android devices, although Samsung is tossing in a free gamepad to sweeten the deal. As for cellular models or an American launch, the company isn’t talking just yet — however, we won’t be shocked if either of them comes relatively soon.