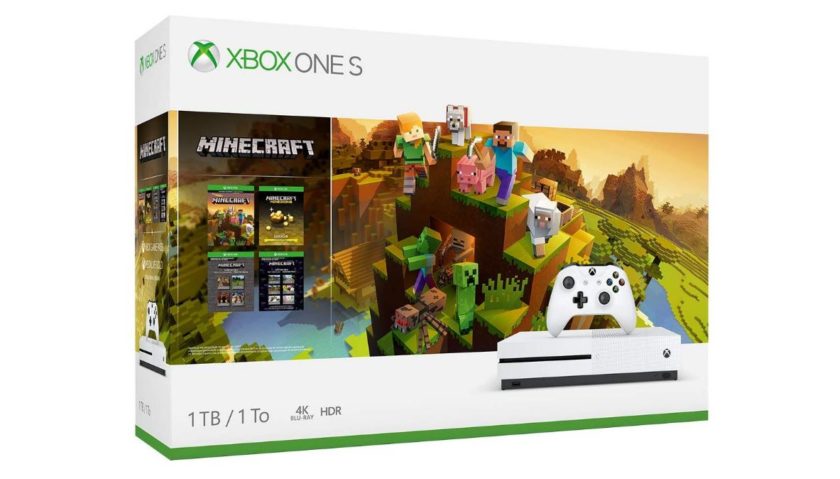 We’ve been digging around on Google Express and we’ve unearthed a gem. By combining two promotions, right now you can get yourself the Xbox One S Minecraft Creators Bundle for just $179.99.

This is the 1TB version of the Xbox One S, with all the glory of 4K Ultra HD Blu-ray, 4K video streaming, and so on. As an entertainment center, it’s worth the price alone.

As well as the console and wireless controller, the Minecraft Creators Bundle also includes:

It’s an absolute steal, and it’s no big secret how you can snag it.

The bundle shows on Google Express for $299.99, but on this particular model from this seller, you’ll get $100 deducted automatically at the checkout. The little orange box in the top left of the deal page confirms as much.

When you get to the point of entering a discount code, enter the code NOBWGZ to save a further $20. The total you’ll pay is just $179.99, including free delivery.

Can’t wait to get crafting? Hit the button below to check out the promotion while it lasts.

If you’re more of a PUBG person, we found the same deal from Google Express on the Microsoft Xbox One S PlayerUnknown Battlegrounds Bundle.

Same deal, same price, same promo code. Use the button below to get started, and don’t forget to enter NOBWGZ when prompted during the payment process.

These deals not quite right for you? To see all our hottest deals, head over to the AAPICKS HUB.