Android-powered tablets seem to be all the rage, and this “fever” has not stopped just yet with NEC jumping aboard the bandwagon as well, releasing a 7″ touchscreen display tablet that responds equally well to finger and stylus input. It will be powered by the Android 2.1 version, so hopefully NEC will roll out a FroYo update to keep up with the times. Hardware-wise, the LifeTouch is pretty impressive with its ARM Cortex A8 CPU, 256MB RAM, Bluetooth 2.1 connectivity, a 3-megapixel camera, GPS capability, a built-in accelerometer (perfect for playing those tilt games), an SDHC memory card slot and more importantly, a touted 8 hours of battery life (which still comes up at least a couple of hours short of the Apple iPad). Hitting Japan first later this October, we do hope to see this puppy hit the US in the near future.

More Pictures from Phandroid after the break. 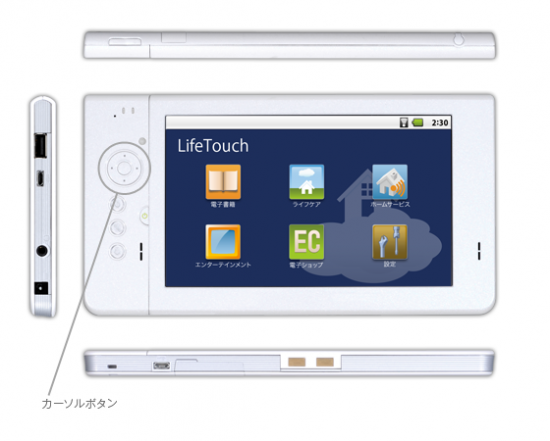