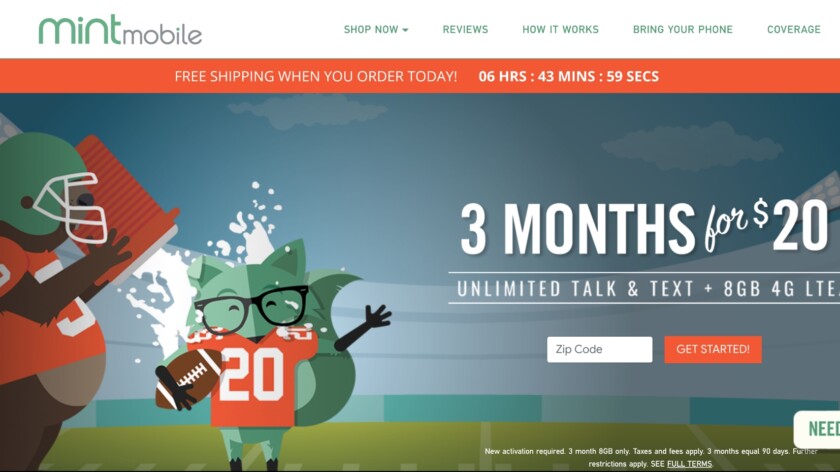 While you are watching the Super Bowl today and checking out the commercials, the folks at Mint Mobile are launching their newest promotional deal. The carrier is offering three months of service for just $20, and that includes unlimited talk, unlimited text, and a whopping 8GB of LTE data.

Get this Super Deal

You may remember a similar deal over the holidays from Mint Mobile that offered the same three months of service for just $20, but that promotion only included 5GB of monthly LTE data. This new three-month deal, which will expire on Feb. 28, gives you 8GB of LTE data per month, along with unlimited talk and text, for $20.

What are the terms of this new deal? Besides the fact that it will end on Feb. 28, here is the fine print:

So what exactly is Mint Mobile?

Mint Mobile is a T-Mobile MVNO (mobile virtual network operator), which means that when you sign up for service, you will be using T-Mobile’s network.  You can also use any unlocked smartphone that’s compatible with T-Mobile’s GSM network. The Mint Mobile site has a page that will allow you to check to see if your phone will work with its service.

In case you haven’t guessed, Mint Mobile is one of the few carriers that lets customers pay for more than one month of service at a time. It offers not only three-month service plans but also six-month plans and even 12-month plans so that you can organize your budget accordingly.

Get this Super Deal

And just for fun, here’s Mint Mobile’s first Super Bowl television ad, which will be shown during the game today.