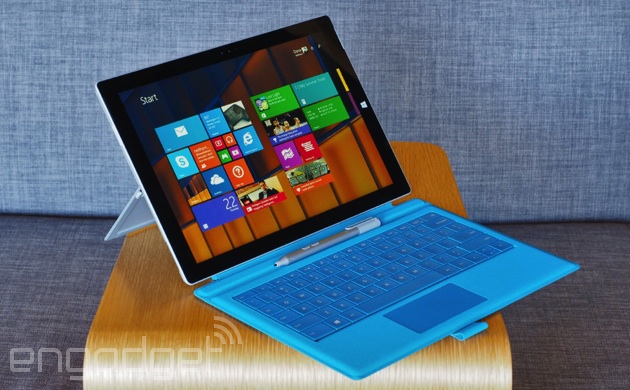 Microsoft appears to be well past the days when it was writing off unsold Surface tablets and struggling to match Sony in game console sales. The Windows developer reports that its Devices and Consumer group’s revenue grew 8 percent year over year in the last calendar quarter of 2014, thanks in no small part to healthy Surface and Xbox sales. It’s not revealing shipment numbers for the Surface, but it notes that revenue for the slate computers shot up 24 percent versus a year earlier, thanks in no small part to the Surface Pro 3.