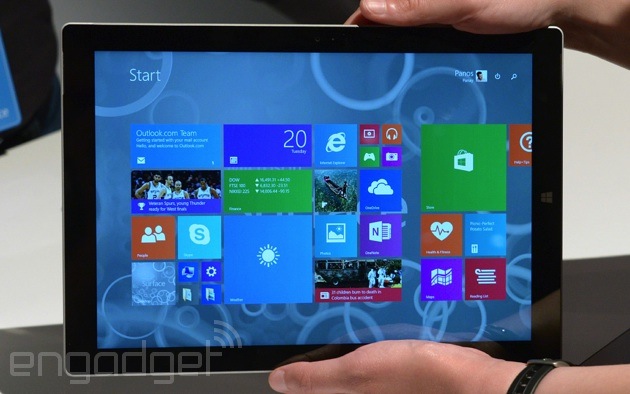 Microsoft’s intimate Surface event didn’t reveal the smaller tablet many expected, instead it went much bigger. In an attempt to capitalize on early buzz for its new super-thin 12-inch slate, the company today opened pre-orders for the Surface Pro 3, Surface Pro Type Cover and Surface Pen in 22 countries worldwide. The Core i7 Surface Pro 3 is now available on the Microsoft Store in both 256GB and 512GB variants, starting at $1,549/£1,339 with an estimated August 31st ship date. The $799/£639 64GB Core i3 model is expected to ship around the same time, although the Core i5 versions of the Surface Pro 3, Surface Pro Type Cover, Surface Pen and Pen Loop will make their way to you a little earlier, shipping by June 20th. Customers in China, Japan, Korea, Malaysia, Thailand and Taiwan will have to wait until August to get their hands on the biggest, highest-resolution Surface yet.