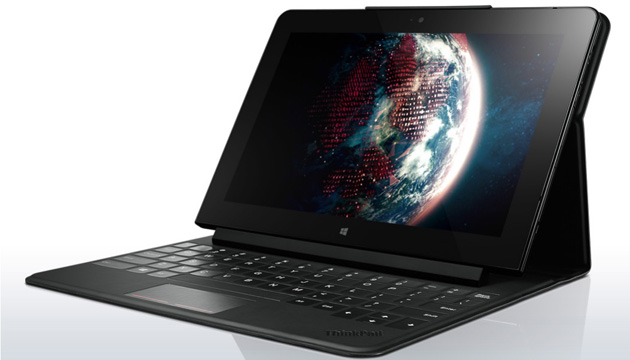 Online stores have been hinting that Lenovo was working on a 10-inch counterpart to its ThinkPad 8 tablet, and now there’s no doubt: the company’s Australian branch has listed a ThinkPad 10 ahead of an official announcement. While a full-fledged product page was only briefly available, it was enough to show that the new Windows slate shares much in common with its smaller sibling. You’ll find a slightly faster 1.6GHz quad-core Atom processor and up to 4GB of RAM, but there’s still a 1,920 x 1,200 screen, up to 128GB of storage, an 8-megapixel rear camera and a 2-megapixel front shooter. Not that we’re griping about the similarity between models, since this ThinkPad 10 should still be leaps and bounds more powerful than the aging ThinkPad Tablet 2.