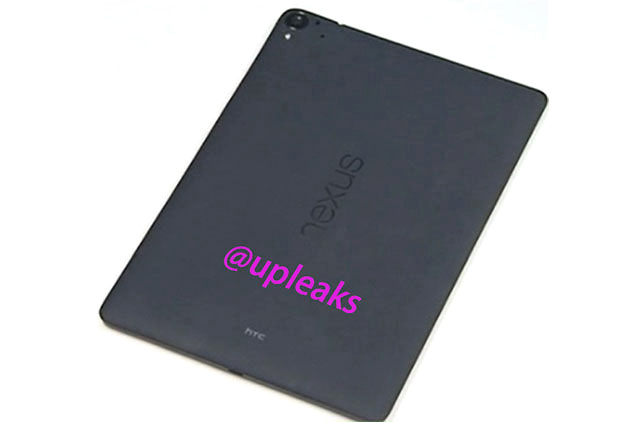 A new image from @upleaks, along with an apparent trip through the FCC has provided solid evidence that Google is set to release the Nexus 9 tablet built by HTC. The pic clearly shows Nexus and HTC branding on the back, which appears to be made of some kind of grippy, Nexus 5-like plastic material. In addition, an HTC tablet matching recent Nexus 9 rumors just passed through the FCC in a WiFi-only variant, though a 4G model would also be a given. To top it off, an NVIDIA lawsuit last month revealed that HTC would build a Nexus tablet that will have a Tegra chip, likely a 64-bit K1. Google may be prepping the Nexus 9 (and possibly a rumored Nexus 6 handset) to be the first devices to get Android L, which supports 64-bit CPUs via the ART runtime. It should be unveiled soon, and given Google’s Nexus history, expect nothing less than a cutting edge Android tablet on the cheap.