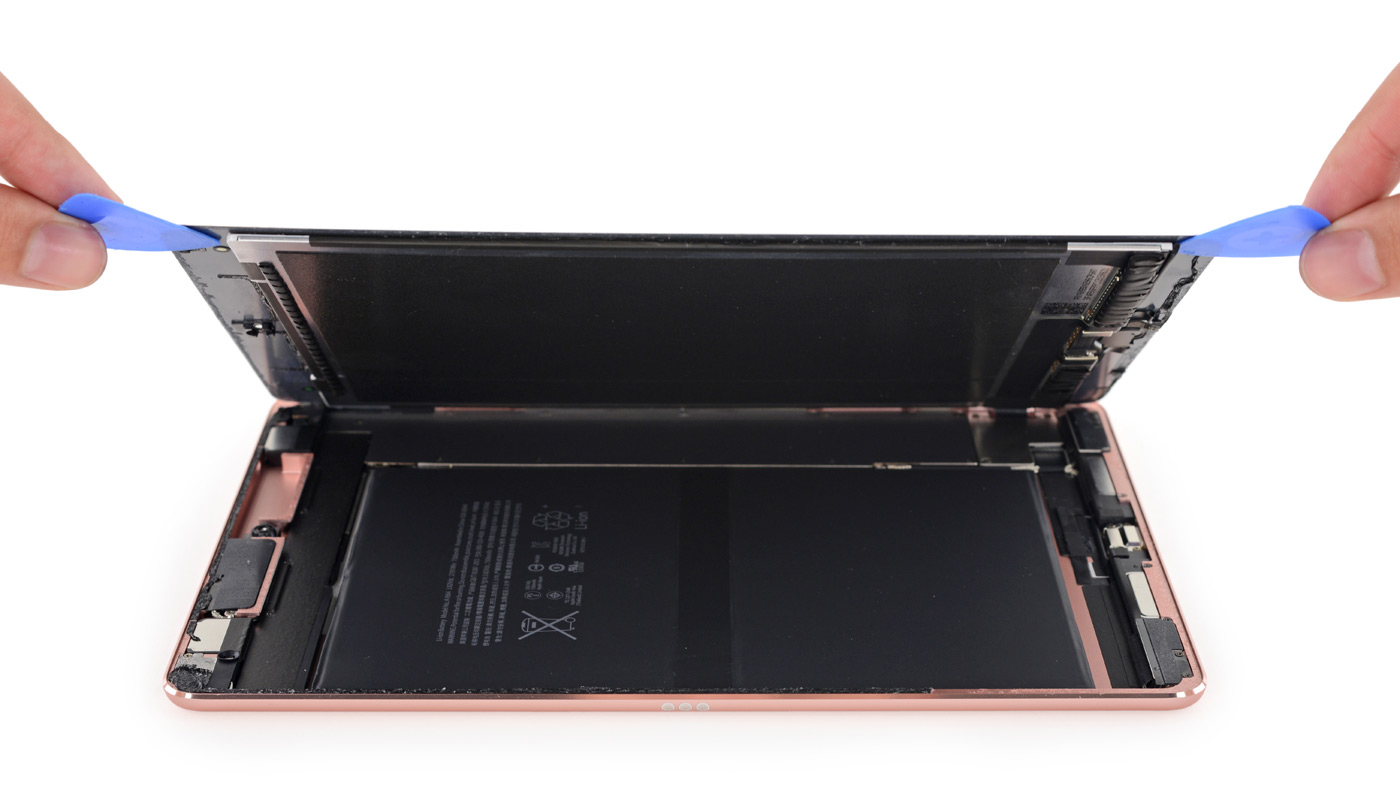 The repair-it-yourself crew at iFixit isn’t done prying open Apple’s smaller devices. It just finished a teardown of the 9.7-inch iPad Pro that reveals exactly how Cupertino stuffed most of the tablet’s larger sibling (plus a bit more) into a more compact frame. As you might have guessed, Apple had to get creative. Where the 12.9-inch model revolved around its four speakers, the 9.7-inch version centers around its 7,306mAh battery (slightly larger than that of the iPad Air 2) and pushes just about everything else to the margins. And there appears to be a good reason for the camera bump — you’re getting the same 12-megapixel optically stabilized camera as in the iPhone 6s Plus, which chews up a lot of internal space.