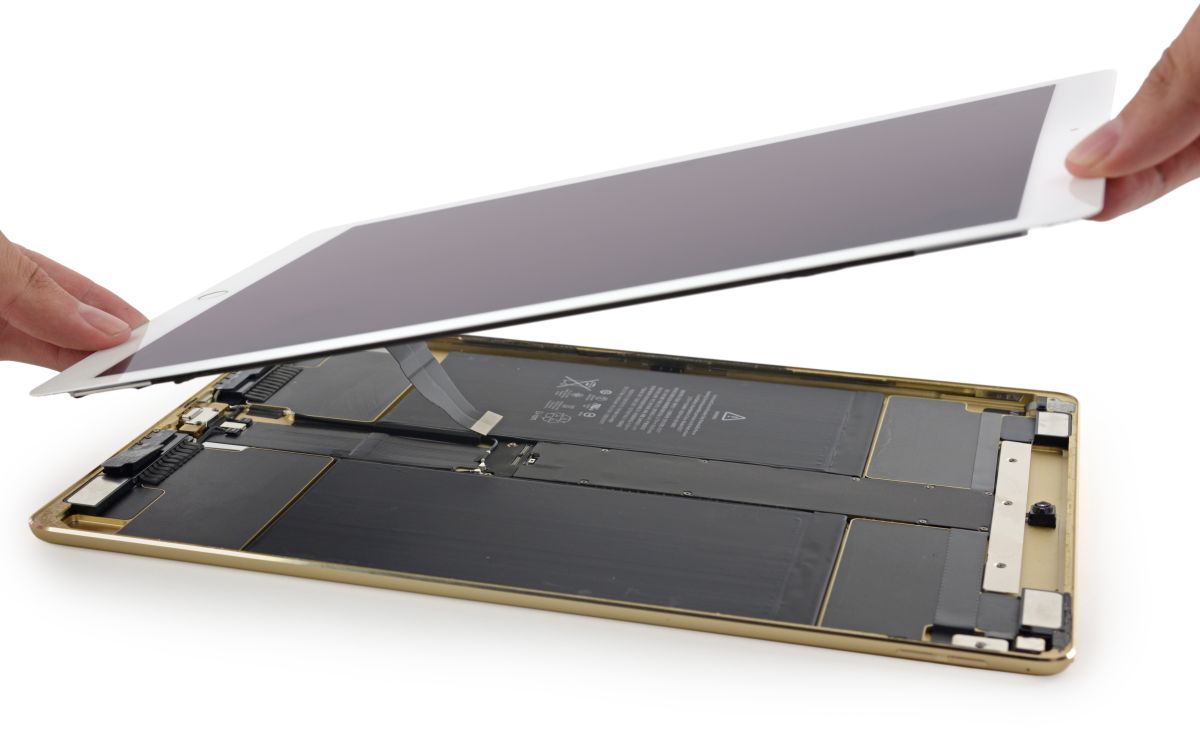 As they usually do, the folks at iFixit have welcomed the launch of a new device by grabbing their tools and taking a peek inside. This time the device being examined is Apple’s iPad Pro, the bigger and better addition to its tablet family. The teardown is still ongoing at this time, but they’ve managed to tease out the device’s logic board complete with 64-bit A9X CPU, 4GB of RAM and more. Interestingly, all of those components are now mounted in the center of the tablet, while its four speakers come at the cost of some potential battery space. Any nod on its repairability is yet to come, although the team has surprisingly discovered handy pull-tabs on its battery cells — check out the teardown here for a better look at how super-sized tablet is put together/comes apart.