Huawei Mate 20 Pro: Best UK deals and where to buy

Huawei officially launched the Mate 20 Pro at an event in London in late October and there will no doubt be plenty of U.K. buyers looking for the best deals on Huawei’s latest ultra-premium, feature-packed flagship phone.

This has been a banner year for Huawei. After launching the P20 series to great success and temporarily ousting Apple from the second place spot in the global smartphone market, the company wants to end …

For more on the latest powerhouse phone from the Chinese giant, be sure to check out our in-depth Mate 20 Pro review, as well as the video review above, and the rest of our Mate 20 series content at the end of this article.

Below, we’ll be looking at the price, release date, and best Huawei Mate 20 Pro deals in the U.K.

The Mate 20 Pro builds on the Mate 10 series and the P20 Pro to deliver what is arguably Huawei’s best and most complete Android offering to date. It’s also its most expensive by quite some distance!

The Mate 20 Pro officially launched on October 16 alongside the rest of the Mate 20 series, and went on sale in the U.K. on October 26.

If you’re after an unlocked model, the Huawei Mate 20 Pro with 6GB RAM/128GB ROM carries a recommended retail price (RRP) of 899 pounds, which is 50 pounds more expensive than the standard Samsung Galaxy Note 9.

Good SIM free deals will always be hard to come by this close to the phone’s release, but if you’re after the best unlocked deals check out our comprehensive U.K. smartphone buyers guide. 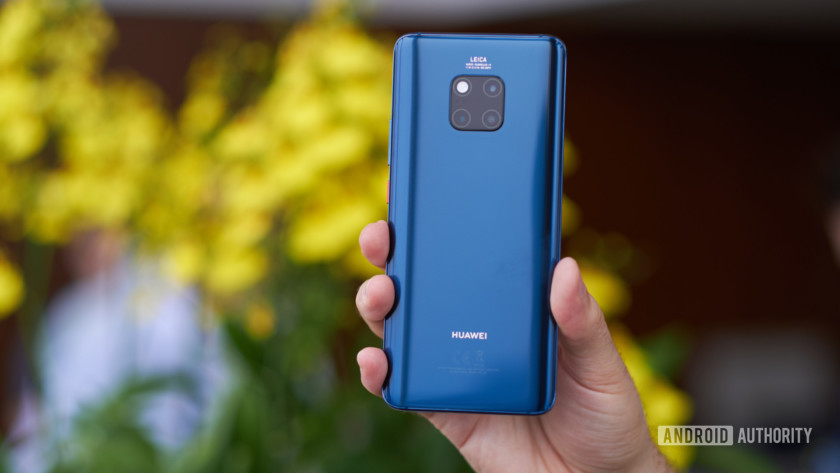 The Mate 20 Pro is available in Black, Twilight, and Emerald Green, although the latter is exclusive to Carphone Warehouse and its sister e-brand Mobiles.co.uk (see below).

As for the rest of the Mate 20 series, the standard Huawei Mate 20 is exclusive to online retailers Affordable Mobiles, Buy Mobiles, and GoMobile. Hit the buttons below to see both contract and unlocked prices.

Huawei has yet to announce plans to bring the even more expensive Mate 20 RS Porsche Design or the Mate 20 X gaming phone/phablet to the U.K., although you can grab the entry-level Mate 20 Lite via various retailers and networks.

While there are other deals at Three, including one of the cheapest available at just 42 pounds a month, but the fully unlimited deal is the best the carrier has to offer by a massive margin.

Carphone Warehouse and its sister site Mobiles.co.uk are offering a variety of deals on the Huawei Mate 20 Pro and are the only places you can get your hands on the Emerald Green model.

You can check out the offers at Carphone Warehouse and Mobiles.co.uk by hitting the buttons below.

Have you seen an amazing Huawei Mate 20 Pro deal? Let us know in the comments below.