T-Mobile is currently the third-largest wireless carrier in the United States, having climbed up from fourth place a few years ago. Its growth is due in part to the many aggressive T-Mobile deals and offers always available for new and current customers, with discounts on phones and other accessories.

Below, you’ll find the best T-Mobile deals that are currently available. Take a look through so you can possibly save some money when you make your next smartphone purchase.

Related: Here are the best T-Mobile phones to spend your money on

Be sure to bookmark this page as we will update it regularly with new T-Mobile deals as they become available!

Editor’s note: We will be updating this list of the best T-Mobile deals regularly as new promotions go live. 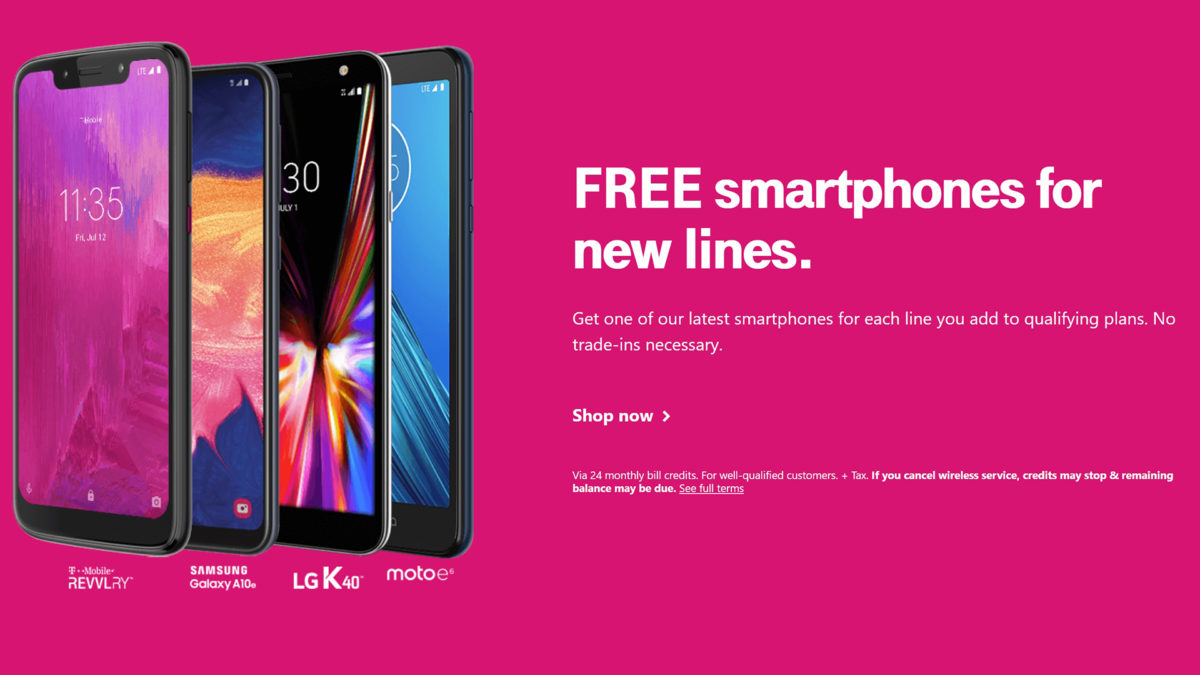 This is a great deal regardless if you are a new T-Mobile customer or an existing subscriber. The deal is simple: add a second line to a qualifying plan and get a free smartphone to add to that new line. This is one of the best T-Mobile deals available!

As of right now, these are the phones you can choose from for free:

To qualify for this promotion, you’ll need to either already have or start a Magenta or Essentials line and then add a second Essentials or Magenta line to that same account. The price of the free phone will get charged to your account monthly over the next 24 months, but a bill credit each month will cancel out that charge. If you leave T-Mobile before the full 24 months have elapsed, you will be responsible for paying the balance of the device. 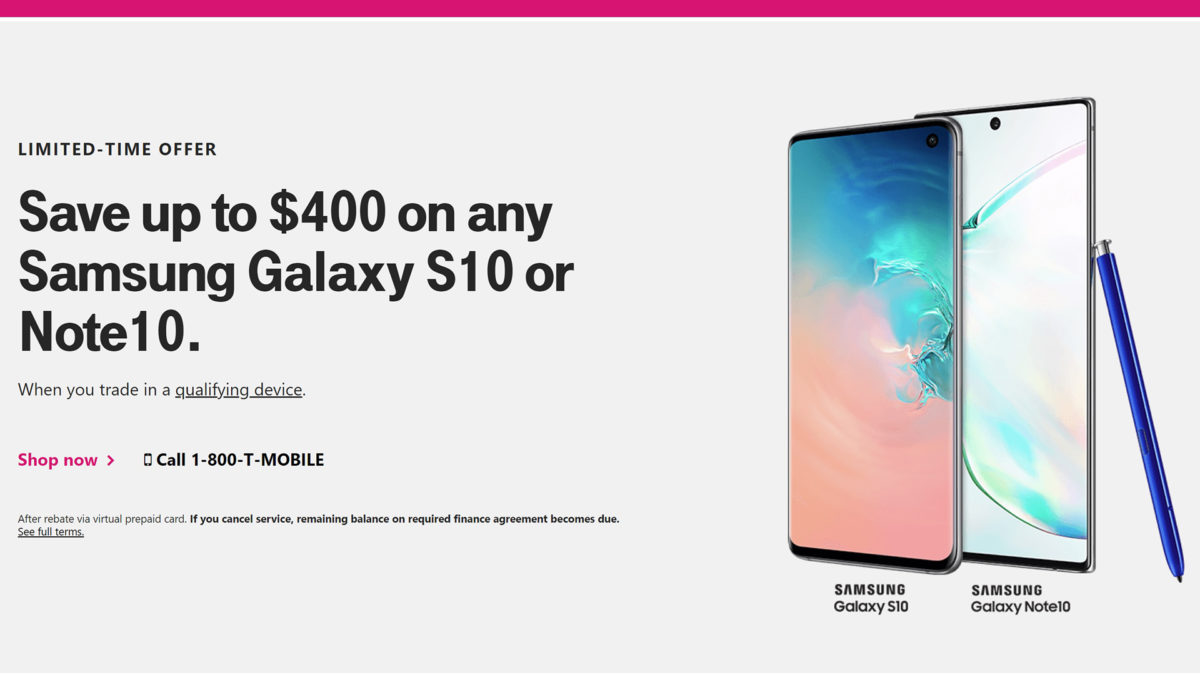 If you already have a phone but are looking to upgrade, don’t worry: there are T-Mobile deals for you! You can get a brand new Samsung Galaxy device at a huge discount by trading in another device.

This deal applies to new purchases of the following devices:

There are quite a few phones T-Mobile will accept as a trade-in and then give you the full $400 discount, including iPhones, Pixel devices, and Galaxy phones. You can see the full list here. Even if you don’t have one of those phones, the Uncarrier will accept a bunch of other devices for $300 or $100 off.

As with most T-Mobile deals, you will receive your rebate in the form of an electronic prepaid debit card. 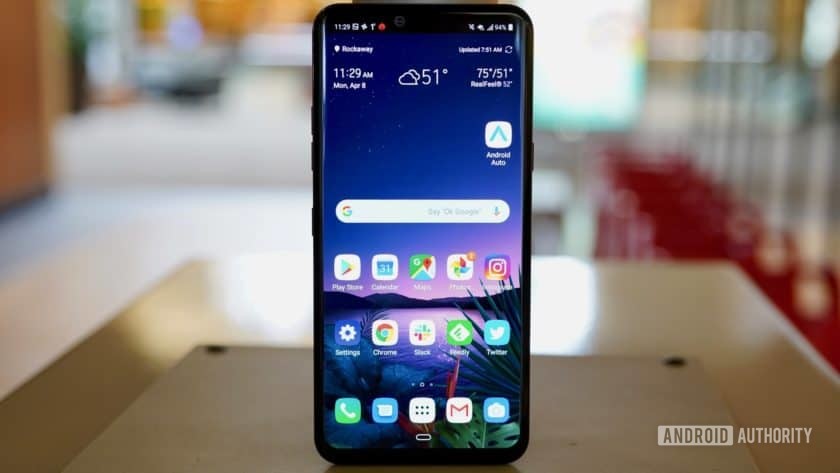 If you want to add a new line but aren’t interested in the free phones detailed earlier in this article, you can instead save a big chunk of change on the LG G8 ThinQ.

Just add a new Essentials or Magenta line to your existing or new account and then buy the LG G8 ThinQ at its regular retail price. T-Mobile will then lop off $390 from that price via 24 monthly bill credits. As usual with T-Mobile deals, if you cancel T-Mobile service before the 24 months have elapsed you’ll be on the hook for the remaining balance of the device. 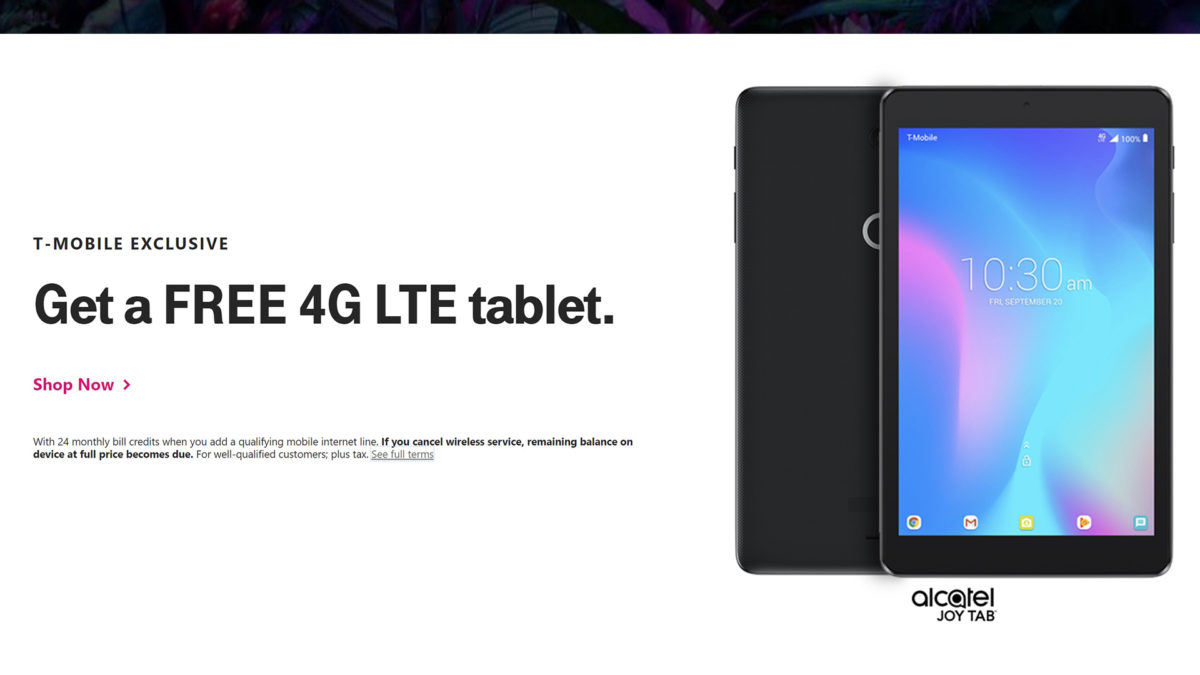 Want a new cellular tablet? Well, you don’t need to buy one! Instead, simply add a new line of mobile data service to your T-Mobile account (which you would need to do anyway) and then grab the Alcatel Joy Tab for free.

The Alcatel Joy Tab is an Android tablet with an 8-inch display. It has 32GB of internal storage, an HD resolution, a 5MP rear camera, a 5MP front camera, and a 4,080mAh battery.

T-Mobile deals usually involve a charge to your account over 24 months and this deal is no different. You’ll see bill credits to cancel out each charge each month. 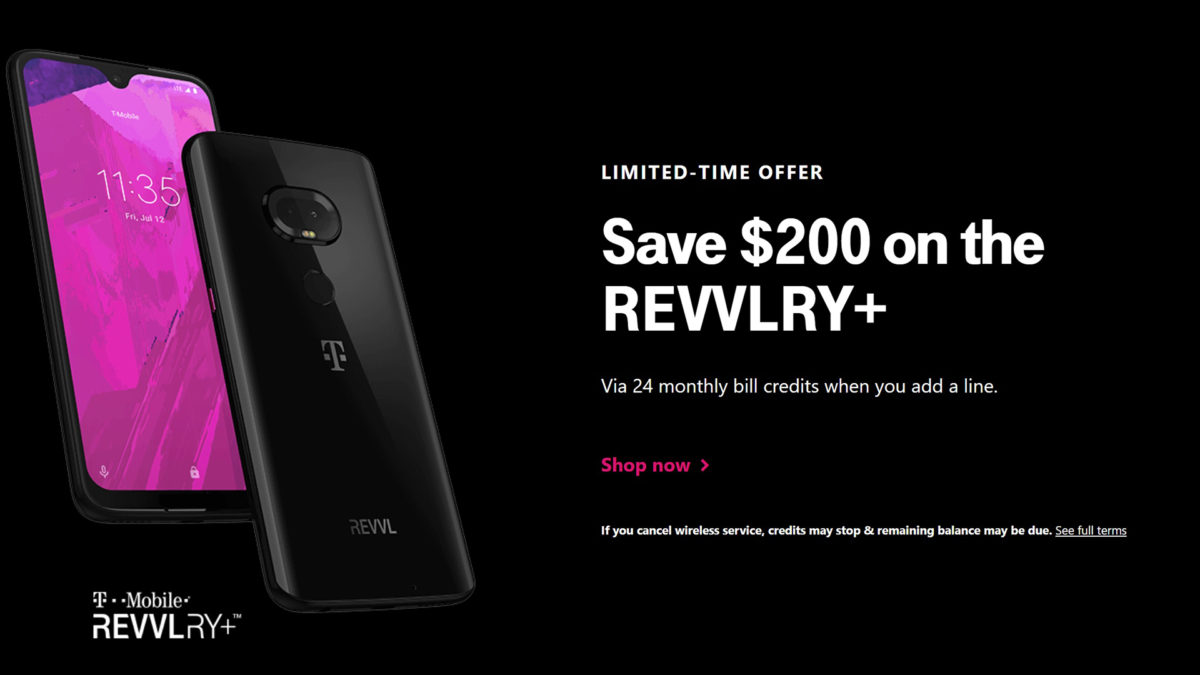 The Revvlry Plus is a significant step up over the Revvlry. It comes with a huge 6.2-inch FHD+ display, dual rear cameras with OIS, 4GB of RAM, 128GB of internal storage, and a decent 3,000mAh battery.

As usual, the remaining price of the phone will get added to your account in monthly installments over 24 months. Avoid leaving T-Mobile during that time or you’ll need to pay off the balance.

Those are all the T-Mobile deals we know of at the moment. Stay tuned as we will update this page with more deals as they are announced.