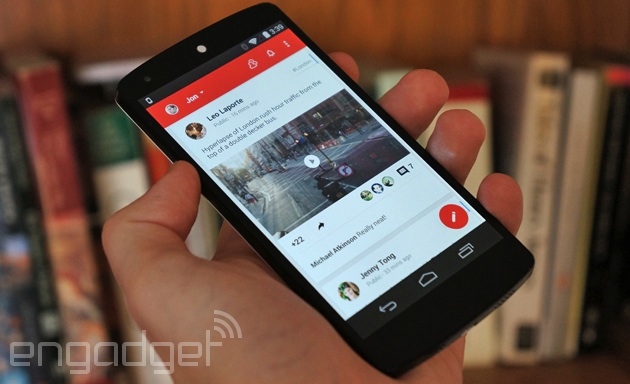 Google’s quest to bring that extra-flat, extra-colorful Material Design look to every single app is still underway, it seems. The search giant has posted an update to Google+ for Android that flattens even more of the social network’s interface and adds splashes of solid color, such as a bright red “new post” button. This isn’t just a cosmetic update, mind you. The Photos section is both simpler and better-looking, so it should be easier to share recent snapshots with your circles. At this rate, about the only software Google has left to officially Materialize is Android itself… which might happen soon.