EA’s Chillingo studio, in partnership with About Fun, has released new free-to-play action title WarFriends on Android. WarFriends, which is available at the Play Store from today, features real-time multiplayer battles where players can fight one-on-one or alongside friends online.

WarFriends sees players train a squad of soldiers to lead into battle with modern and futuristic equipment like drones and jet packs, and weapons ranging from pistols to anti-tank rockets. The title features cover-based shooter mechanics where players must also make quick decisions on an ever-changing battlefield to take out their opponent before they do the same.

WarFriends has been in early access on iOS since April last year, meaning the team has had some time to try and balance the game to ensure the core multiplayer experience works. Check out how it looks in the trailer below. 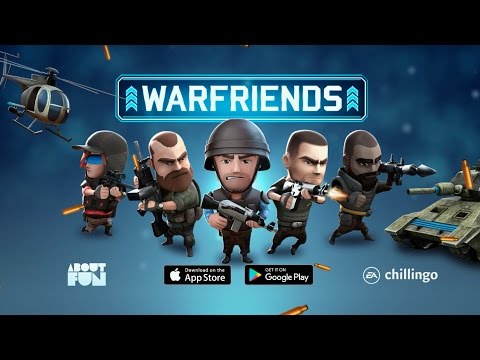 Download WarFriends from Google Play at the link and let us know what you think of it in the comments.