Deal: Verizon offers $300 off the Pixel 3 and BOGO deals for Valentine’s Day 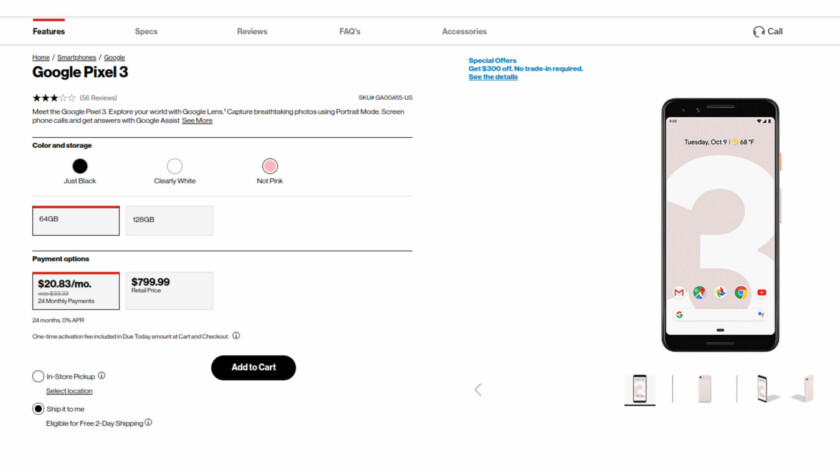 If you were thinking of getting that special someone a smartphone for Valentine’s Day, Verizon offers a few deals on the Google Pixel 3, Samsung Galaxy Note 9, LG V40 ThinQ, and more.

Here are the deals:

The highlight deal is $300 off the Pixel 3 and Pixel 3 XL. This is not an instant discount — it’s spread out across 24 months. That said, you don’t need to add a new line or trade in a device to get the discount.

With the largest network and an excellent selection of phones, it is no wonder why Verizon is widely considered “top dog” out of all the major U.S. carriers. For those on Big Red’s network, there are quite …

If Google’s smartphones aren’t up your alley, buying the Galaxy S9, Galaxy S9 Plus, or Galaxy Note 9 nets you either a free second Galaxy S9 or $800 off the other two phones. Again, the discount is spread out across 24 months and you don’t need to trade in a device. You do have to activate the second phone on a new line, however.

Finally, Verizon also offers either a free LG G7 ThinQ or $750 off the LG V40 ThinQ if you buy either phone. The deals work the same as the Samsung deals.

The deals are available for a limited time. Hit up the links attached above to take advantage of these discounts.