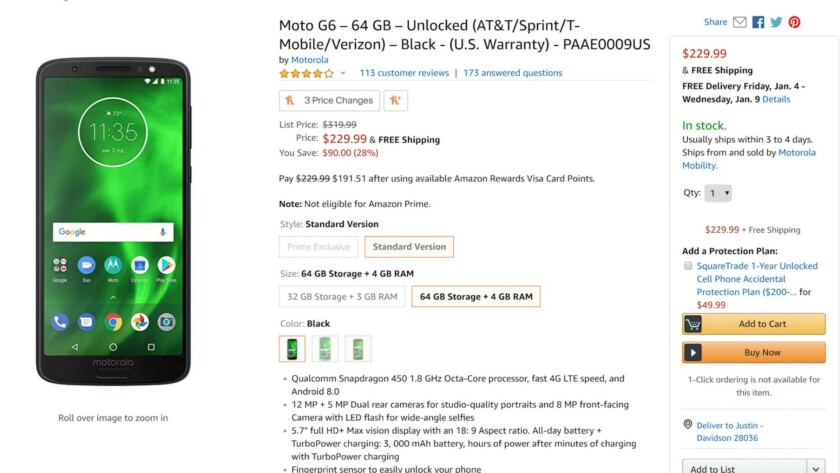 If you’re looking for a budget-friendly smartphone that has a premium look and feel, the Moto G6 is one of the best options. And if you hurry, you can save $90 to $100 on the handset from Amazon dropping the price as low as $199.99.

Around back, the handset sports a 12MP primary camera accompanied by a 5MP RGB sensor for portraits. Users can then use the 8MP front-facing camera for their selfie needs.

For this sale, Amazon is discounting the higher-end model which features 64GB of built-in storage and 4GB of RAM. The trade-off is that the discount is only applicable on the black colorway.

The unlocked Moto G6 can be used on pretty much every U.S. carrier including AT&T, T-Mobile, Sprint, and Verizon. You can buy it right now for $229.99 using the button below.

And if you want to save a bit more, Amazon is dropping the price of the Prime Exclusive model to $199.99. In exchange, you’ll get a phone with a bunch of Amazon’s apps pre-installed and Alexa set as the default voice assistant.

You can pick up the Prime Exclusive Moto G6 in Indigo Blue for $199.99 using the button below.