Deal: Save $50 on the Fitbit Versa if you’re willing to jump through some hoops 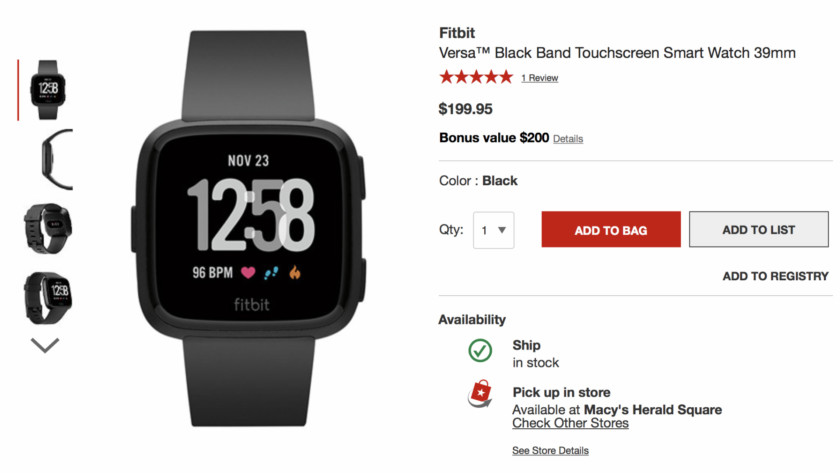 Even though it launched less than a month ago, the Fitbit Versa can be yours for at least $50 off — as long as you’re okay with putting in a bit of work.

Spotted by CNET, the discount is only available at Macy’s. The store still displays the Versa’s regular $200 price tag on its website, but that changes once you sign up for Macy’s emails. Once you do that, wait 10 to 15 minutes for the 25-percent-off code to arrive in your inbox. From there, apply the code when you check out and the Versa should be available for $150.

Keep in mind that sales tax could still apply to your purchase, though shipping is free. Also, you can get an additional six-percent rebate from cashback service Ebates for Macy’s purchases. The rebate knocks the Versa’s price down to $141.

At that price, the Versa is dangerously close to impulse-buy territory. Fitbit’s smartwatch already undercut the 38mm Apple Watch Series 3, but the $141 price tag places an almost-$200 difference between itself and Apple’s offering. 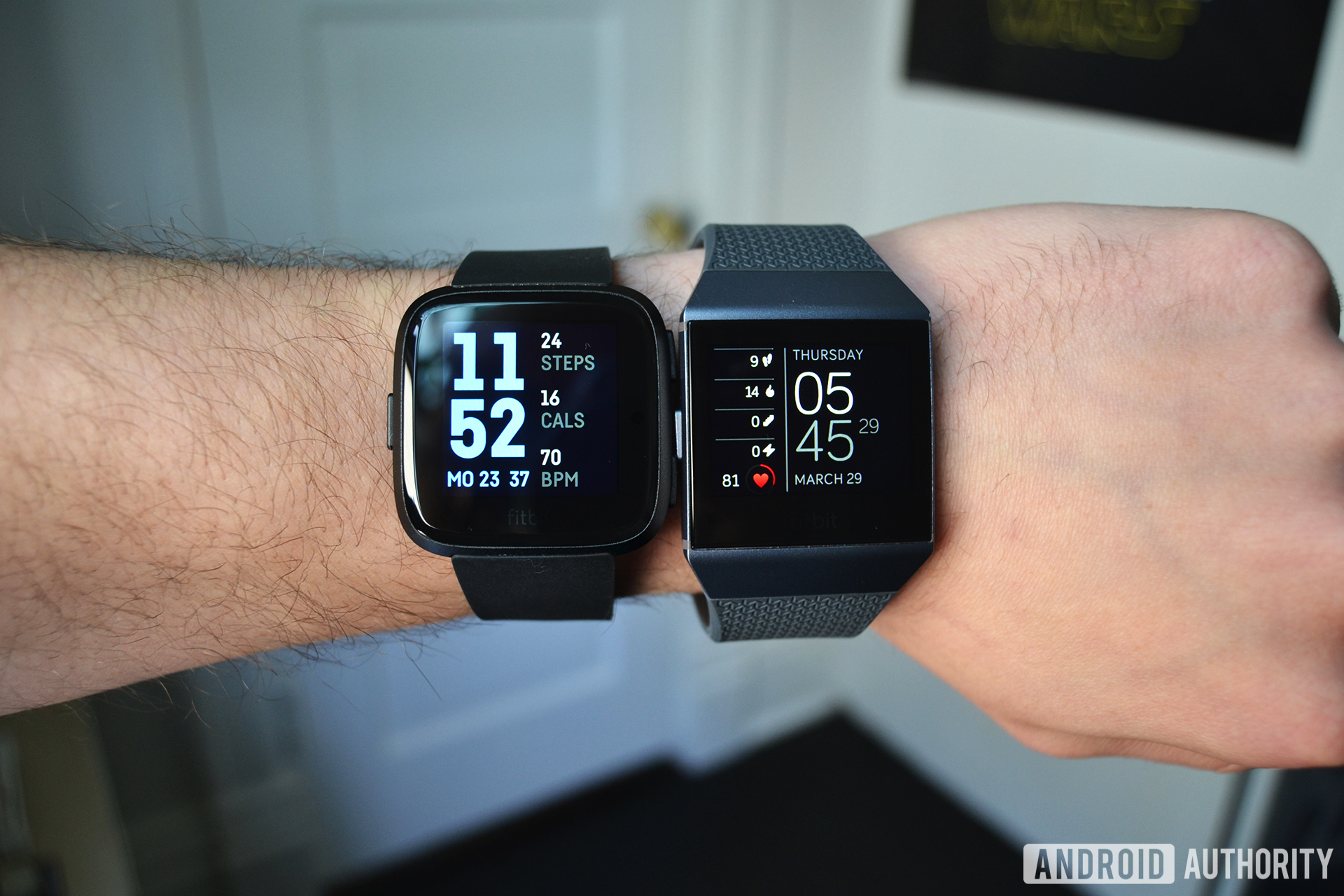 Fitbit Versa vs Ionic: Which is the best Fitbit smartwatch?

There are plenty of great smartwatches and fitness trackers out there, and the two newest offerings from Fitbit may have recently caught your attention. The Fitbit Versa and Ionic are two solid fitness watches that …

Whether that gulf is enough to consider the Versa over the Apple Watch and other smartwatches is a different question. As we learned in our review of the Versa, Fitbit’s offering is not for you if you need a powerful smartwatch. However, if you are a fan of Fitbit’s ecosystem, are not keen on spending $270 for the Ionic, and want a smartwatch that does not die after just one day of use, get the Versa.

You can grab the Versa from Macy’s, as well as sign up for the retailers’ emails, at the links below.

Get 25-percent-off code
Get this deal