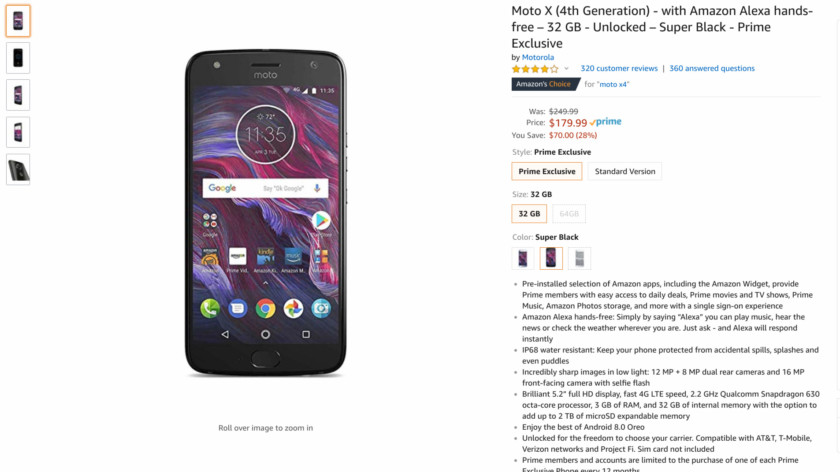 With Black Friday only a few days away, Amazon slashed the price of the Moto X4 Prime Exclusive version in Sterling Blue and Super Black from $250 to $180 for a limited time.

It might be over a year old, but the Moto X4 still offers plenty for those who do not want to make their wallets cry. As a refresher, the Moto X4 features a 5.2-inch IPS display with 1,920 x 1,080 resolution, dual rear 12- and 8-megapixel cameras, 2.2GHz octa-core Qualcomm Snapdragon 630 processor, 3GB of RAM, 32GB of expandable storage, and a 3,000mAh battery.

The Moto X4 received its Android 8.1 Oreo update back in May and is in line to eventually receive Android 9 Pie.

Black Friday is just around the corner, November 23 to be specific. The good news is that you don’t have to wait that long. Below we’ve gathered up some of the …

That said, the Moto X4 is still a good choice as far as affordable smartphones are concerned.