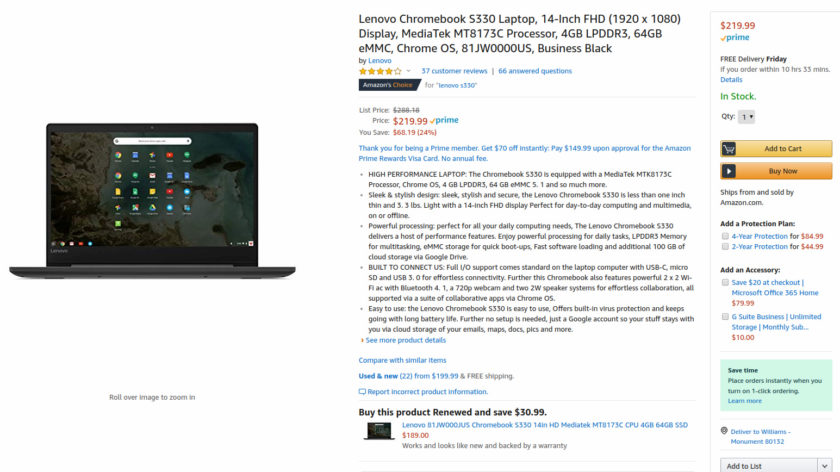 Everything else about the two versions remains the same. That means you’ll find USB-C, HDMI, and full-size USB ports on the left and a headphone jack on the right, with a 720p webcam above the 14-inch display. Under the hood are the quad-core MediaTek MT8173c processor and 4GB of RAM, with the battery promising to deliver up to 10 hours of use.

In May of 2011 the Chromebook line was first announced, launching to a mixed reception. Many felt a computer “limited to the web” would ultimately struggle to find a following. Despite this the Chromebook market …

Because the MT8173c is an Arm-based processor, you shouldn’t have much of a problem with Android app compatibility. The processor also delivers enough oomph to run Chrome OS just fine for day-to-day tasks. Just make sure to stick to lighter productivity tasks and apps, since you’re unlikely to play PUBG Mobile on High settings.

You can grab the Chromebook S330 at the links below. We’re not sure how long these deals will be around, so sooner than later if you plan on picking one up.