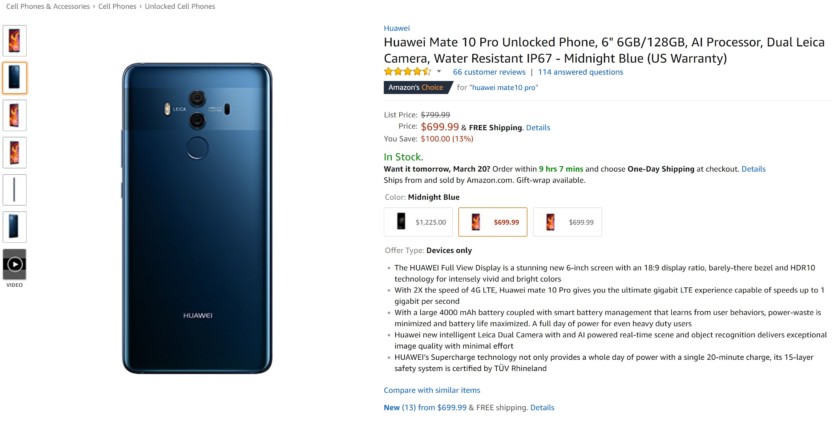 The phone arrives new and unlocked in Midnight Blue and Titanium Gray colors. It’s fully compatible with GSM carriers like T-Mobile and AT&T, but not CDMA carriers such as Sprint or Verizon, and it’s being sold at the same price at both Amazon and Best Buy. 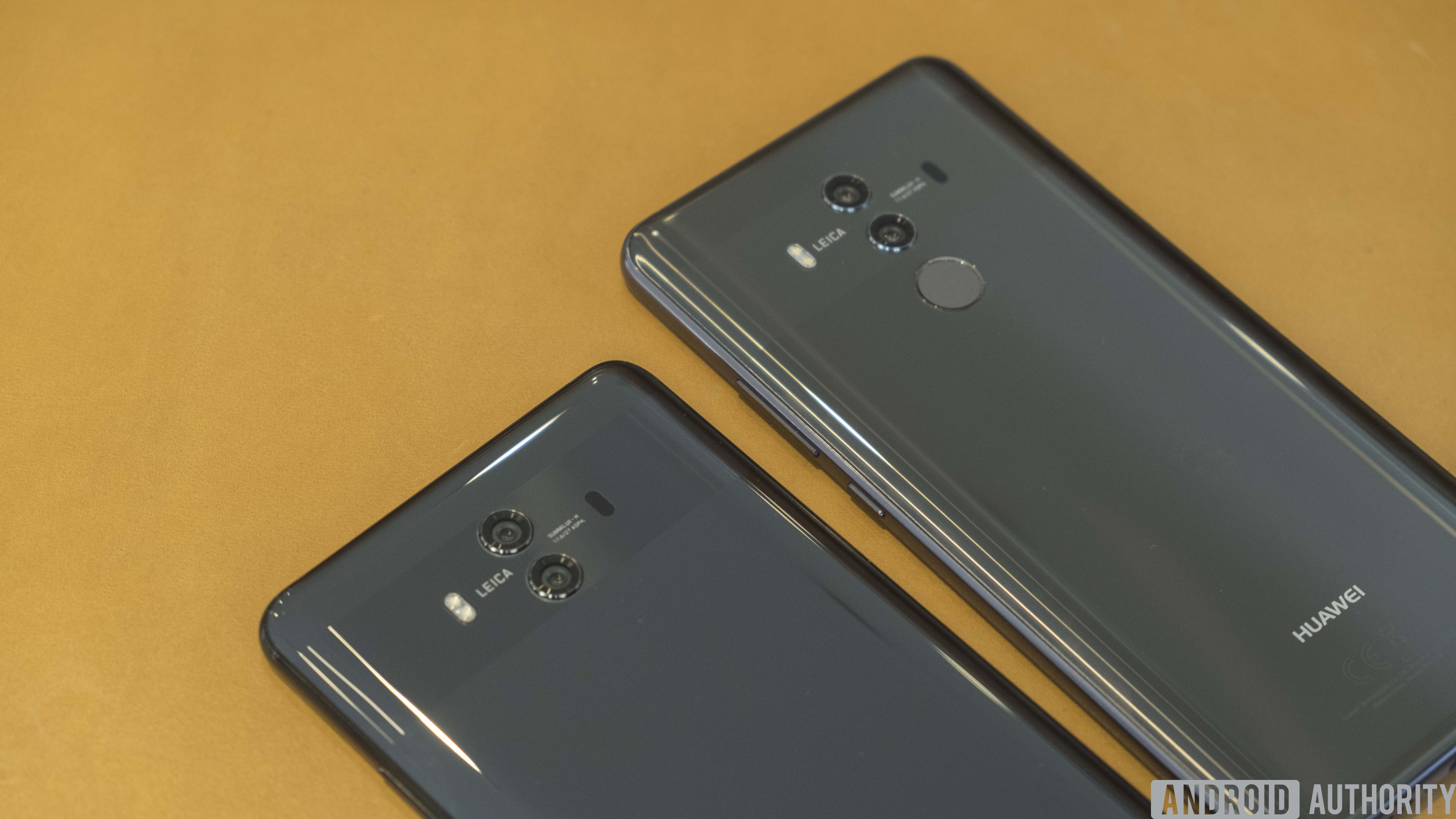 Huawei Mate 10 Pro pre-orders are now open in the US ahead of a February 18th release date, meaning buyers won’t have long to wait until Android Authority’s Best of Android 2017 winner is finally …

The Mate 10 Pro also features an AI component that can assist with things like noise cancellation (audio) and scene recognition (camera), and it runs on Android Oreo out of the box (meaning it will almost certainly get the final version of Android P when it is released later this year).

We don’t know if this is a limited offer or a permanent discount on the Mate Pro—and we also don’t know how well the phone has been selling. Discussions regarding Huawei’s alleged links to the Chinese government, and the potential security threat it poses to the US, may have hindered sales. Perhaps this won’t be the only Mate 10 Pro offer we’ll see in the US in the coming weeks.

If you’re interested, check out the deals via the buttons below.