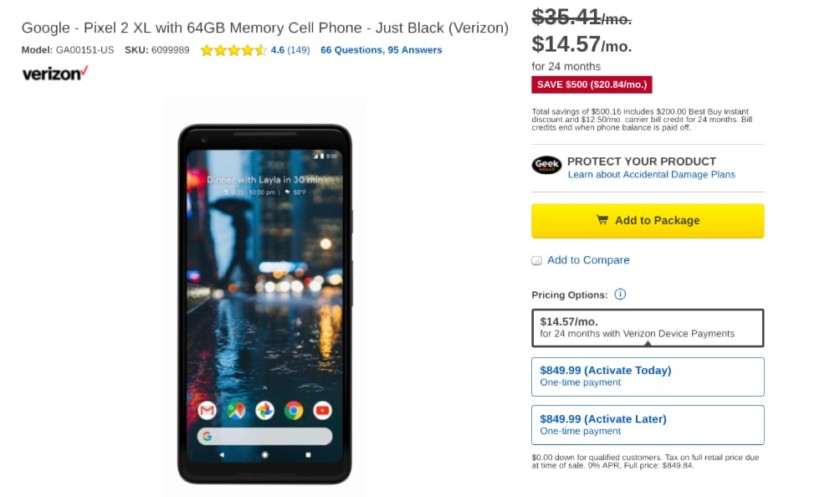 It’s strange to think about it now, but there was a time when Google phones were essentially flagship killers with modest price-tags. The halcyon Nexus days aren’t coming back any time soon, but you can pretend they are with this incredible deal on the Pixel 2 XL which drops a whopping $500 off Google’s latest flagship.

Before you get too excited, and I wouldn’t blame you for doing so, there are a few important details to consider. 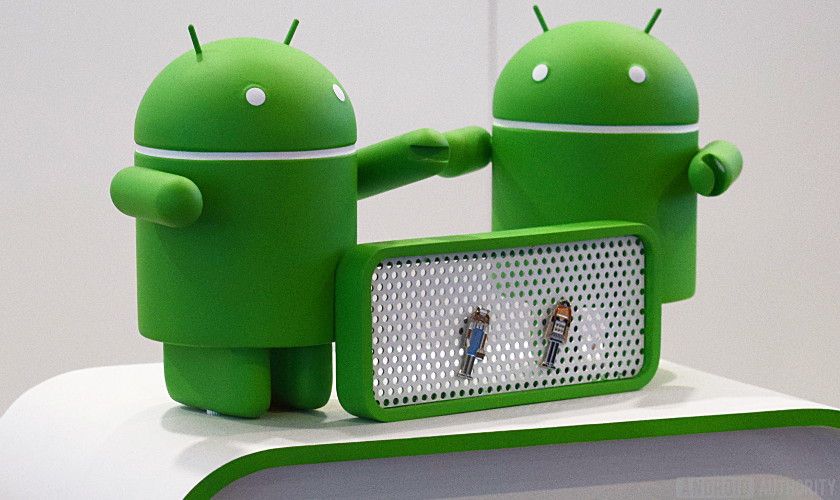 What’s the difference between stock Android, Android One, and Android Go? Each is a flavor of Android, each originates from Google and all have a few things in common. But there are some big differences …

For starters, this isn’t a one-off flat discount and is only for Verizon customers. The offer, available via Best Buy, is based on a two-year repayment plan with Verizon where the discounts are applied each month.

The overall $500 discount off of the phone’s usual $849 price tag is made up of a $200 reduction from Best Buy and a further $300 in bill credits from Verizon. That drops the phone’s usual monthly price from $35.41 all the way down to $14.57, which is quite frankly a ridiculous saving.

For more on the Pixel 2 XL, be sure to check out our written review and watch the video above. I’ve been personally using the Pixel 2 XL since launch and it easily ranks among the best phones I’ve ever used.

To take advantage of this mouthwatering deal, hit the button below to head over to Best Buy now!