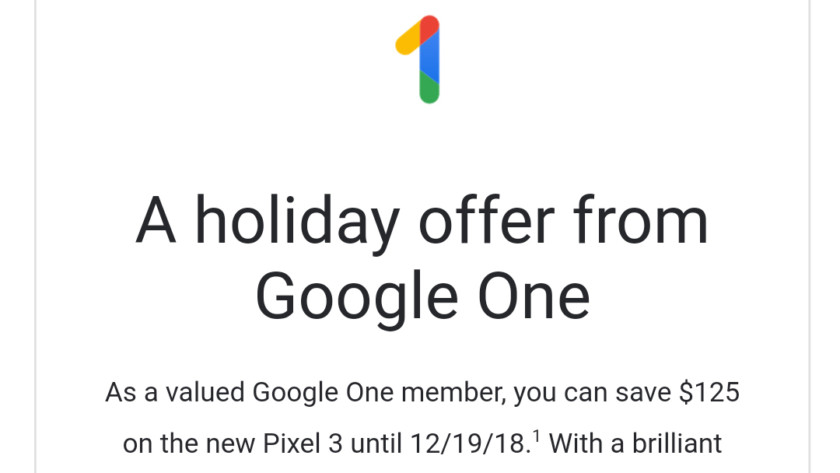 Chances are good that if you’re a Google One subscriber you already know about this deal from an email message sent out today. If you haven’t seen the email for some reason, don’t worry: you can still get the Google Pixel 3 deal by logging in to your Google One account.

Google One vs the competition

Google’s updated subscription plans for cloud storage now fall under its new Google One program. Announced back in May, Google One is currently available for everyone in the U.S. and rolls out to users across the …

One of the benefits of being a Google One subscriber is access to discounts and deals from both Google as well as third-party companies. If you log in to your Google One account and scroll down a bit, you should see a list of available offers of which Google One subscribers can take advantage. Nestled in with those deals should be the Google Pixel 3 deal.

The $125 discount applies to each iteration of the Google Pixel 3, which means you can get either the vanilla variant or the XL variant in whichever storage capacity option you choose. Obviously, the base model Pixel 3 with 64GB of storage will be the one that will cost you the least amount of cash — after the $125 discount, you’ll pay $674 for that model.