Deal: Get the Sprint version of the Samsung Galaxy S9 for only $9 per month 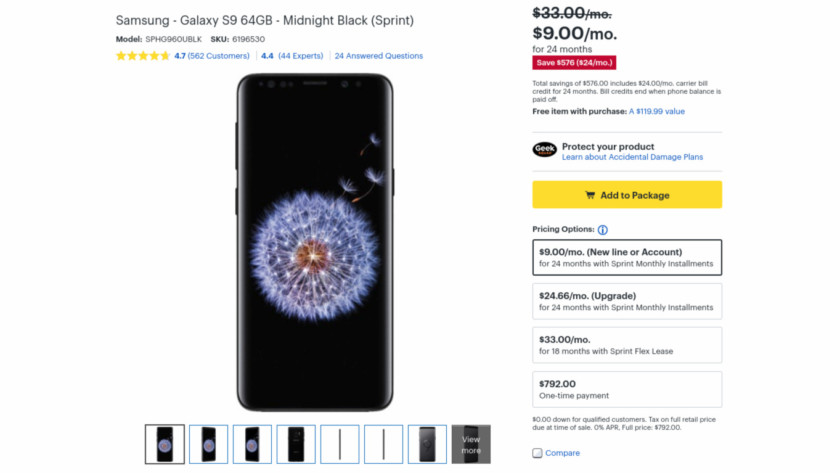 The Samsung Galaxy S9 launched earlier this year, as you likely know. It might come as a surprise then, that Best Buy just discounted the Sprint version of Samsung’s early 2018 flagship to just $9 per month. That brings the total at the end of 24 months to just $216, a savings of $576.

There appear to be very few strings attached to this deal. The $576 savings are distributed as $24-per-month bill credit, with the bill credits ending when you pay off the phone balance. Better yet, Best Buy throws in the Wireless Charger Duo for free when you buy the Galaxy S9. The Wireless Charger Duo lets you charge either two smartphones or one smartphone and one smartwatch at the same time.

Samsung is without a doubt the biggest name in the Android world, and if you are considering purchasing a new phone, logic dictates you may be looking to pick up a phone made by the Korean …

With a price tag of just $216 over two years, the Galaxy S9 is easily a no-brainer. You would have to switch to Sprint, which eh. Even so, you would be getting one of the best Android smartphones of 2018 for less than half the price of the OnePlus 6T.

You can grab the Sprint version of the Galaxy S9 at the link below.