Deal: Get the Samsung Fast Charge Wireless Charger Stand for $30 ($40 off) 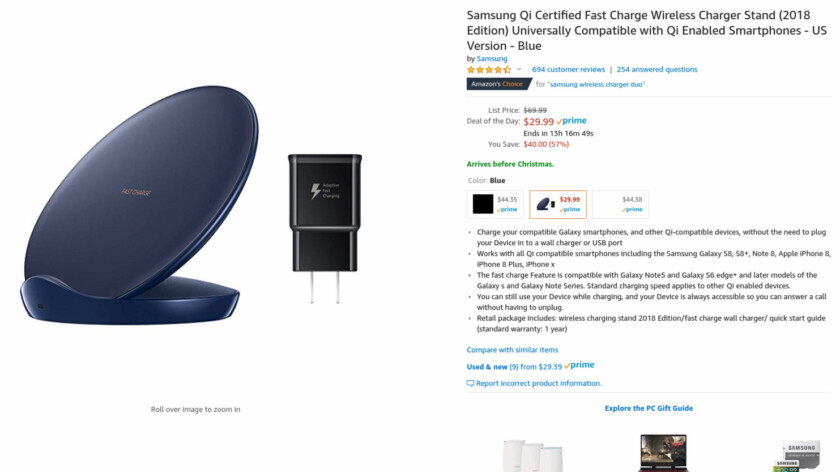 If you picked up a new smartphone during the ongoing holiday promotions, congratulations! If your phone supports wireless charging, you might want to look at Amazon’s $40 discount on Samsung’s Wireless Charger Stand. The limited-time discount brings the price down to just $29.99.

If you have a non-Samsung device, don’t fret — the Wireless Charger Stand also charges any Qi-compatible device at 5W. As such, you can also charge devices like the Pixel 3, LG V40 ThinQ, iPhone XS, and more.

Phones with wireless charging are cool. The technology saves you the hassle of dealing with those pesky cables — just drop it on a pad and watch everything light up. However, there are a few …

Finally, the Wireless Charger Stand features a built-in fan to keep your device and the charger cool during charging.

You can pick up Samsung’s Wireless Charger Stand at the link below. As of this writing, you have just under 13 hours to pick up the charger with its $40 discount.