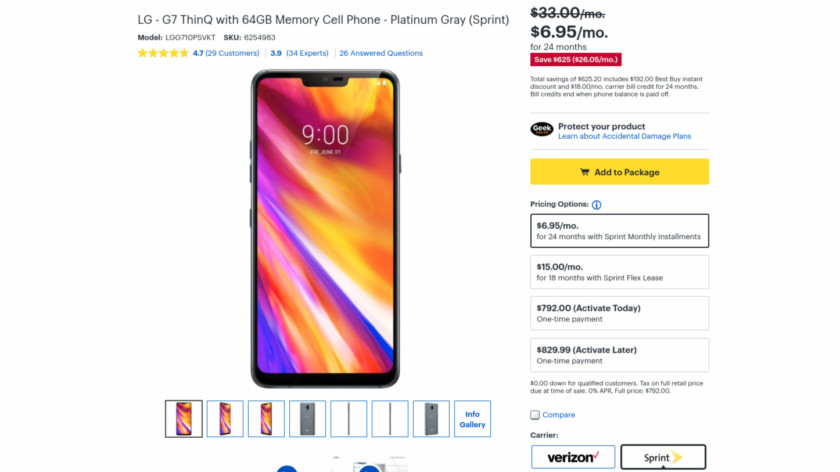 With so many phones released in the last two months, we would not blame you if the LG G7 ThinQ fell off your radar. Get ready to put the phone back on your radar, however — you can get the G7 ThinQ for just $6.95 a month for 24 months on Sprint.

Those that qualify for the promotion include new Sprint activations and “eligible” upgrades. Lastly, we do not know when the promotion ends or what happens if you decide to not wait the 24 months to pay off the phone.

The LG G7 is now available! Buy it from the following retailers:

The G7 ThinQ is also one of a dwindling number of flagship smartphones that retains the headphone jack, which makes good use of the built-in 32-bit Hi-Fi Quad DAC. The phone also features what LG calls a Boombox speaker, which uses the phone as a resonance chamber. The result is loud music playback, particularly when you lay the G7 ThinQ on a flat surface.

You can pick up the G7 ThinQ at the link below.