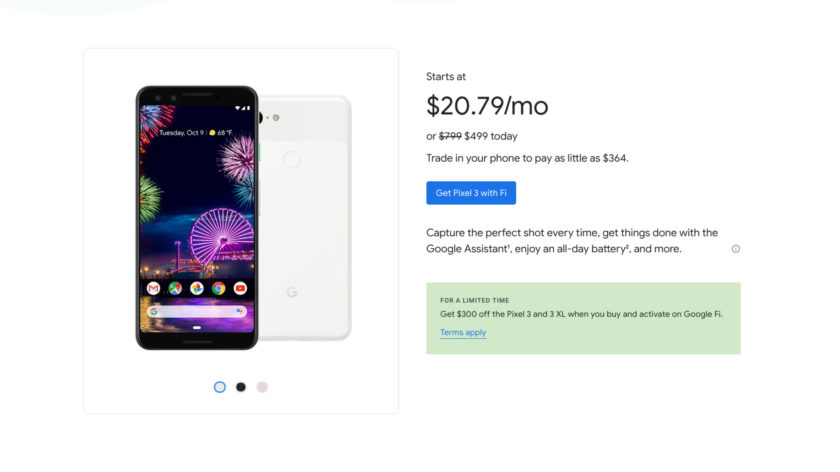 For a limited time, Google Fi is offering the Google Pixel 3 and Pixel 3 XL for $300 off. That’s a better discount than the one Amazon offered during Prime Day, when the phones were available for $260 off.

Made by Google phones — what are your options?

Google entered the consumer smartphone market in 2016 when it introduced Pixel phones with the “Made by Google” brand. Previously, Google had the Nexus program, which mainly produced reference devices designed to showcase the Google …

The good news is you don’t have to maintain the Fi service after activation. That means you can buy the phone, activate it on Fi, receive the phone, and cancel the service. Best of all, the Pixel 3 and Pixel 3 XL available through Google Fi work just fine on all four major U.S. carriers.

If you missed out on Prime Day and have been eyeing something more powerful than the Pixel 3a, you can grab this deal at the link below.