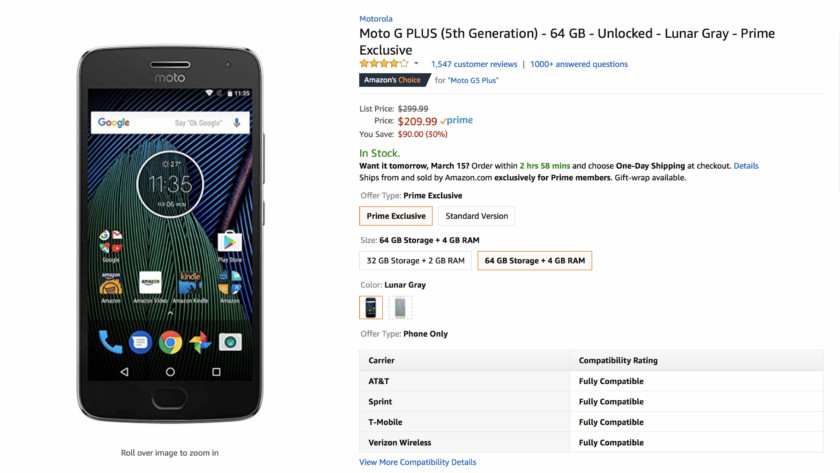 The Moto G6 and G6 Plus might arrive sooner than later, but that does not mean you should ignore Motorola‘s 2017 mid-range options. The Moto G5 Plus is one such option that currently sits at $210, presumably for a limited time.

That is $90 off the phone’s regular price. Keep in mind that this is the Amazon Prime-exclusive version of the Moto G5 Plus. Even though Prime-exclusive phones no longer feature ads, software updates might take a bit longer to arrive than on the standard versions.

Even so, $210 is an impressive price for the souped-up version of the Moto G5 Plus. As a quick recap, this variant features a 5.2-inch Full HD display, a fingerprint sensor that supports gestures, a 12 MP primary camera, Snapdragon 625 processor, 4 GB of RAM, and 64 GB of expandable storage.

The Moto G5 Plus currently runs Android Nougat and is in line for the Android Oreo update. We do not know if the phone will also receive Android P at some point. 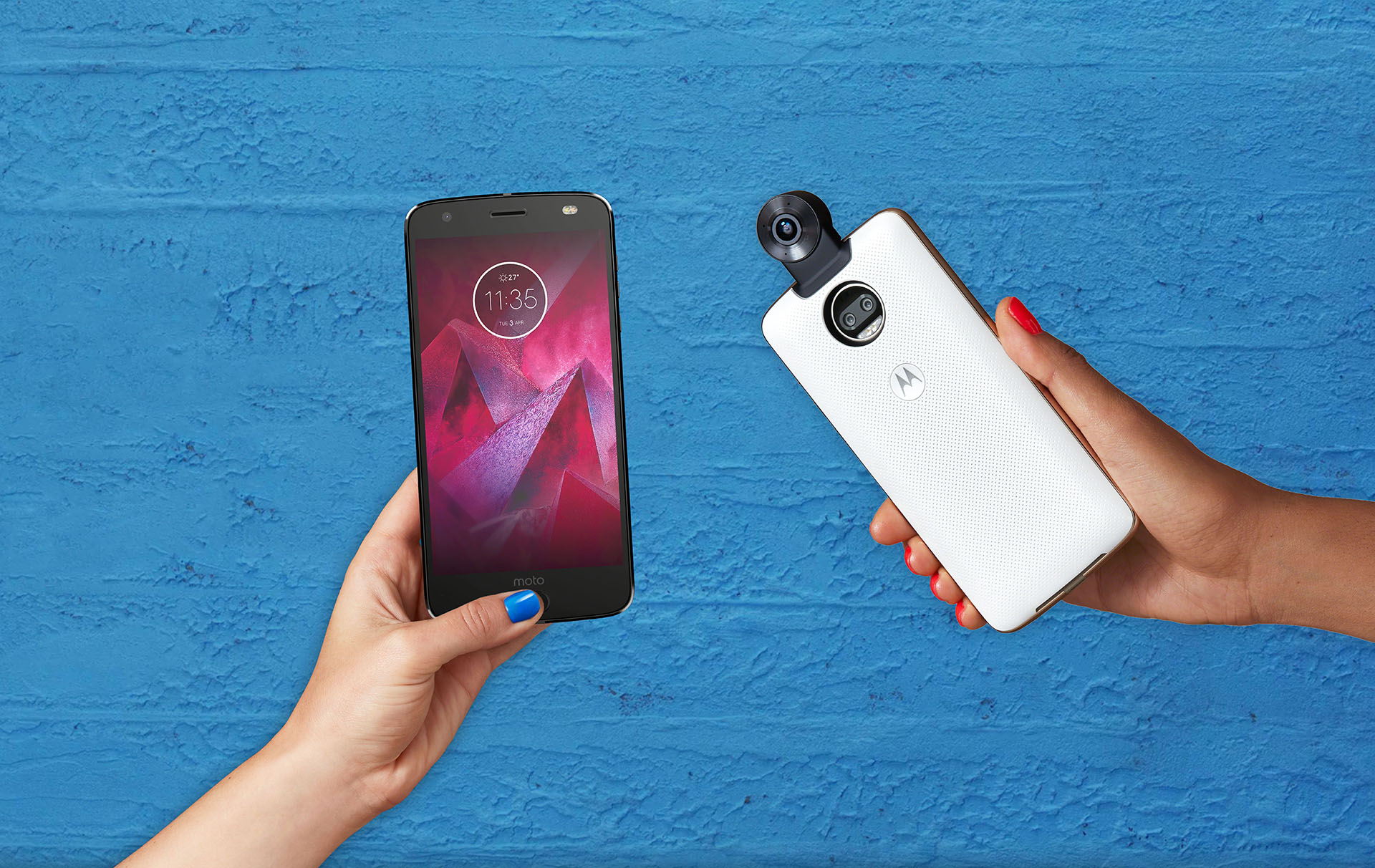 Even with the inconsistent software updates and lack of NFC, we think the Moto G5 Plus is one of the better mid-range smartphones. It helps that the phone is one of a few to support all four major U.S. carriers.

Yes, the Moto G6 and G6 Plus will presumably improve on the Moto G5 Plus. Even so, at just over $200, the latter will remain the more affordable option. You can pick up the deal at the link below.