Deal: Get an LG G7 ThinQ unlocked for $550 at Best Buy this weekend 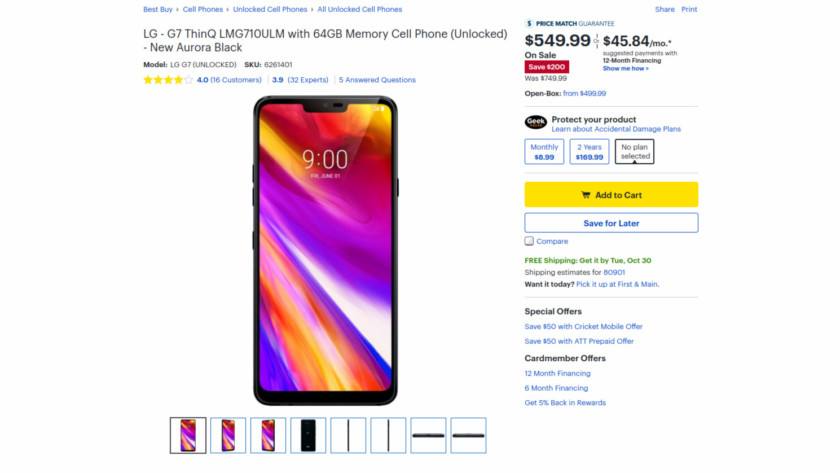 This month made it extremely easy for us to forget about flagship smartphones released earlier this year. One of those flagships is the LG G7 ThinQ, an unfortunately-named smartphone which is available for $200 less than when it first launched.

The discount brings the G7 ThinQ’s price from $750 to $550. Keep in mind that this is the unlocked version, which works with all four major U.S. carriers. Updates tend to be much slower for the unlocked version relative to the carrier versions, though that seems to be a theme with most Android smartphones in general.

Also keep in mind the deal is only live for this weekend. Once Monday arrives, the G7 ThinQ goes back up to its $750 price tag.

Finally, there is no need to activate the phone to get the discount. Some unlocked smartphones sold on Best Buy are available for a discount if customers activate their phones on a new or existing line.

The G7 ThinQ also features a headphone jack, Hi-Fi Quad DAC for your fancy headphones, wireless charging, IP68 rating for dust and water resistance, and a dual-camera setup around back. Even if it is not as groundbreaking and exciting as other smartphones, we called the G7 ThinQ a fantastic smartphone with a strong feature set and an acceptable price.

You can pick up the G7 ThinQ at the link below.