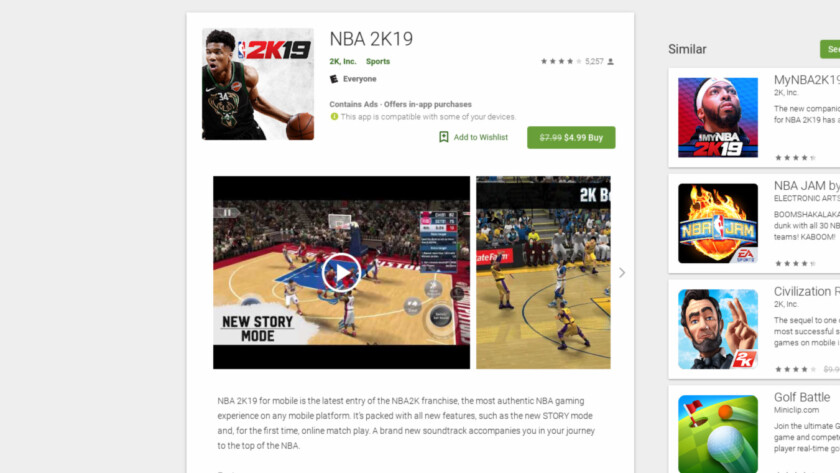 With 2019 almost upon us, publisher 2K Games is currently holding a year-end sale on its games on the Google Play Store.

Gaming on mobile has been improving at a far greater rate than any technology that came before it. Android games seems to hit new heights every year. With the release of Android Nougat and Vulkan …

To recap, NBA 2K19 is the latest game in the 2K series of basketball games. Borderlands 2 and Borderlands: The Pre-Sequel! are open world first-person shooters and the two latest entries in 2K Games’ Borderlands series. XCOM: Enemy Within is a turn-based strategy game and a standalone expansion to the original XCOM: Enemy Unknown, while WWE 2K is a wrestling game that features WWE wrestlers.

You can download the games at the links below. The deals are available for another five days.