Forget about coding the next Uber or a new social network, let’s build some games. Games built with Unity are way more fun than scrolling through an endless stream of pictures anyway. You can get seven courses in the Complete C# Programming Bundle for just $24.65 with a promo code.

To be fair, C# can be used for so much more than just programming games. It’s the foundation for apps like Slack, Pinterest, and Tableau. It’s also the base language for Skype, Photoshop, and Internet Explorer. If you’re looking for a flexible general-purpose language, this learning kit is perfect.

Create a Flappy Bird clone with C# and Unity.

Learning how to combine C# and Unity is the real heart of this beginner-friendly learning kit. Everyone remembers the huge hit Flappy Bird from a few years ago, and you’ll have the opportunity to create your very own version. If an endless flying game isn’t your thing, you’ll also learn how to create multiplayer games and 2D shooters.

In addition to the coding skills, you’ll also dive into Photoshop to add unique graphics to your gaming projects.

John Bura, the owner of Mammoth Interactive, is your guide to the incredible C# language. Bura and Mammoth have developed games for Xbox, iOS, Android, and more. Some of his games have reached the top ten in the Apple App Store and he has sold games to Nickelodeon. 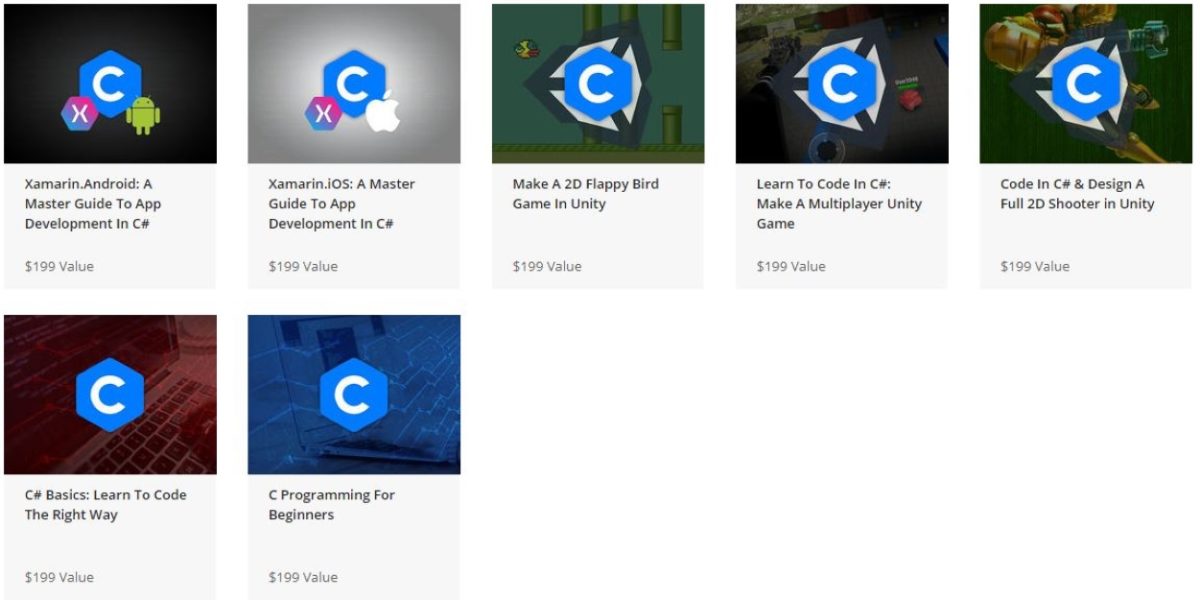 The combined retail value of all seven Complete C# Programming Bundle courses is nearly $1,400 but they can be yours for just $24.65 with the Black Friday promo code BFSAVE15. Save an extra 15% off your order and start building great new games.

This deal will go the way of Flappy Bird soon, so hit the button below to get started.