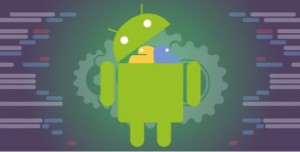 Developers will pay good money for pentesters who can identify security breaches in their apps. Today’s deal is a great chance to learn how.

Smartphones are big targets for hackers. They look for weaknesses, and the computer in your pocket is usually more vulnerable than the one in your house. It’s less likely to have firewalls or antivirus software, and it’s connecting to different Wi-Fi networks all the time.

In the Python For Android Hacking Crash Course you can quickly learn some of the best techniques the hackers use. Learn from experienced penetration tester Hussam Khrais, how to use Python coding to build a Trojan for ethical hacking purposes.

Highlights of the Android hacking course:

This online training originally retailed at $199, but until the end of the week Tech Deals are offering lifetime access for $45. It’s a pretty big saving, and especially good value if you end up making some cash on the side as a freelance pentester.

If you like the sound of going beyond no-root Android hacking, head to the deal via the button below.