Today at the Google IO keynote, Google announced the new features that Android 2.2 code named “Froyo” will introduce. Android 2.2 will be available via update for the super popular Sprint HTC EVO 4G phone this July!

One of the many improvements that Android 2.2 will bring is better performance when running applications. They have made improvements to how applications are compiled that allows apps to run more efficiently, which ultimately allows the applications to run faster and smoother than ever before. Android’s web browser Chrome, has also been improved with a 2-3x javascript performance boost using the V8 engine which allows web apps to load a lot faster with Android 2.2. During the live demonstration using Sun’s standard Spider javascript test,  Chrome on Android 2.2 out performed the same phone running Android 2.1 and even outperformed the Apple iPad running Safari!

Google also announced that Android 2.2 will improve the Chrome browser by adding better HTML 5 support which will allow the browser to utilize features of the phone that were never possible in previous Android OS versions. These new features include the ability for the browser to utilize the phone’s accelerometer in web based apps such as Google Maps to change the viewing angle instead of having to use on-screen controls. They also demonstrated how HTML 5 will allow you to use the phone’s camera in web-based apps such as Google Buzz to take a picture and share it right from your web-browser! To top it off, Android 2.2 will be the first mobile operating system that will have native flash support. With Android 2.2, the Chrome web browser will have full Adobe Flash Player 10.1 support to allow you to view flash-based websites, play flash games, and more! This is something that not even the iPhone is capable of doing! 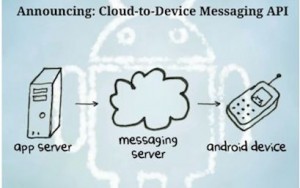 While many smartphones already support push notifications to receive email, instant messages, and other notifications instantly. Google is taking this idea to a whole new level with their Cloud to Device messaging API. This new feature allows users to send commands to their Android device to launch applications, perform tasks, and much more. For example, if a user is viewing Google Maps on his desktop computer, with one-click in his desktop browser, the phone will automatically launch Google Maps and open up to the same location that was being viewed on the desktop browser. This is going to be really useful for users who need to quickly switch from their desktop/laptop environment to their phone in a moments notice! 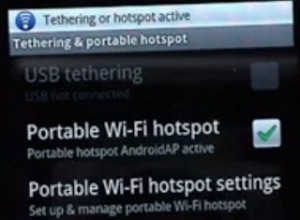 One of the most exciting features for our readers is that Android 2.2 will add a feature that turns your Android device into a portable hotspot. This feature will create a WiFi network that provides internet connectivity for up to 8 WiFi-capable devices using the 3G or 4G mobile networks. While Google didn’t say if this will require an additional monthly fee for a tethering plan, we suspect that this feature will require the tethering plan on your phone which is usually an additional $30/month.

While Google said that there are over 20 new enterprise features, they only mentioned that in Android 2.2 there would be Microsoft Exchange support, including auto-discovery, integration with global address book, forced security policies, remote wiping of the device, the ability to easily move application data from one phone to a new Android device, and many more enterprise friendly features that would be announced in the near future.

If you are currently an Android user, you know how great Google’s voice search is for searching the web using your own voice. While their voice search feature is already very good, they demonstrated that voice recognition has improved since Android 2.1 as well as a new feature that uses Google Voice called “intentions”. “Intentions” is designed to work like a personal assistant, if you say “Call Fifth Floor Restaurant” it will search for the restaurant based on your GPS location, find the phone number for this restaurant, and automatically place the call for you. In Android 2.2 Google Voice also will have a voice translation feature that will translate and speak almost anything you say into another language. This is going to be a must have feature for anyone who travels frequently!

There are also going to be several updates the the Android Market Place including:

Automatic Updates – The ability to have all of your applications automatically update when new versions are available, instead of having to choose to manually update each application.

Google’s Auto-Fill Search – Uses Google’s Auto-fill search to guess at what you are trying to search for as you begin to type in your search keywords, just as you see on Google’s web search.

Desktop Android Marketplace – You will now be able to access the Android marketplace via your desktop on your web-browser. From the desktop version of the marketplace you can view your Android devices, which apps you already have installed, and purchase applications. If you have an Android 2.2 device, when you purchase apps from your desktop, they will be automatically pushed & downloaded to your Android 2.2 device via 3G/4G connectivity without having to tether via USB to sync the application to your phone!

Google also announced a new feature to Android 2.2 that will allow users to access and stream their entire music library from their desktop computer or media center device to their Android device via WiFi, 3G, or 4G! Google has partnered with Sprint & HTC to provide the new HTC EVO 4G to all the developers who attended the Google IO conference. Google said the HTC EVO 4G will provide consumers with the best Android experience possible with it’s 4.3in screen, 8mp camera, HDMI output, and most of all the first phone to use 4G technology to provide speeds up to 10mbit/sec!