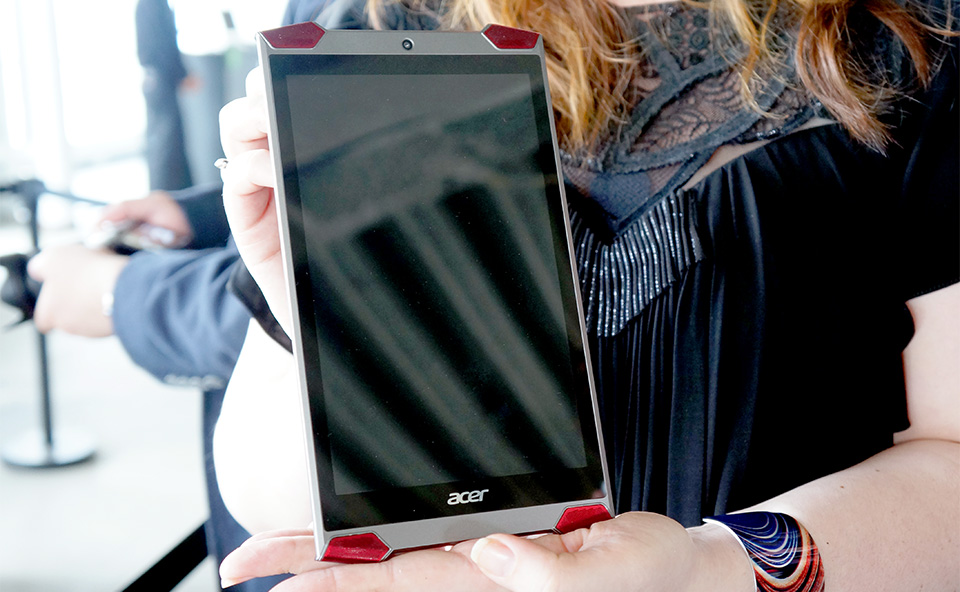 It’s safe to say that Acer’s gone a little batty this morning – the company crammed announcement after announcement into a press conference overlooking the New York City skyline, but some of the most interesting stuff didn’t get much detail. Case in point: The company’s working on an Android-powered Predator tablet to go along with its series of angular, red and black gaming PCs and it’s going to launch by the end of 2015.%Gallery-slideshow282275%